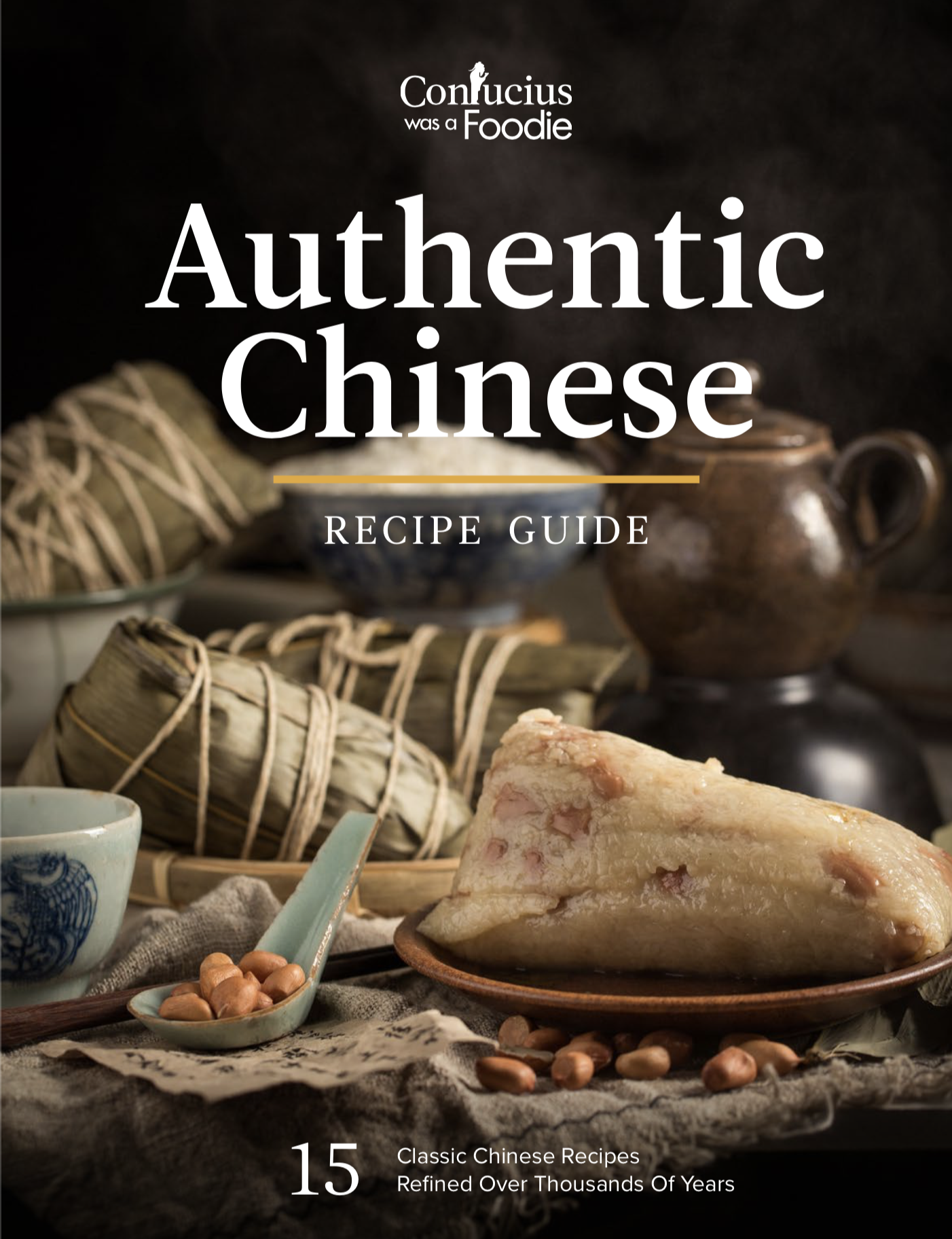 Get the Authentic Chinese Recipe Guide

Bring the richness of Chinese Cuisines into your kitchen with recipes passed down through dynasties. This 44-page Authentic Chinese Recipe Guide includes 15 recipes of all levels from the five major cuisine, easy printable page formats, and beautiful images of dishes to inspire you!

When you think of Chinese Cuisine, what first comes to mind? We hope it’s not chicken balls and crab rangoon, but if it is, you’ve come to the right place! The Confucius Was A Foodie Authentic Chinese Recipes Guide, along with the series ‘Confucius Was a Foodie’, is here to help you transcend spring rolls and ginger beef, taking you to a whole new realm of authentic Chinese food. This guide is here to offer in-depth insight into one of the oldest, most sophisticated, delicious, and organized cuisines in the world. 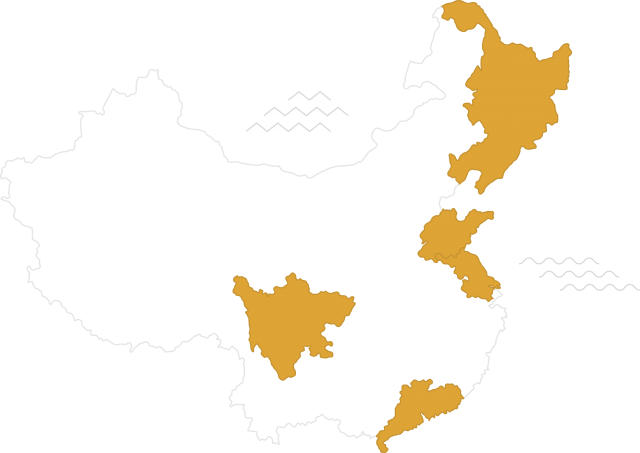 The guide is broken up into the five classic Chinese cuisines, which are as follows:

Each section will provide you with a bit of history and background about the cuisine, along with three recipes quintessential to that particular Chinese cuisine. All recipes are printer-friendly for your convenience to try in your own kitchen!

We hope to introduce you to flavors and foods that transport you to another time and place, and help bring the richness of Chinese cuisine into your life. 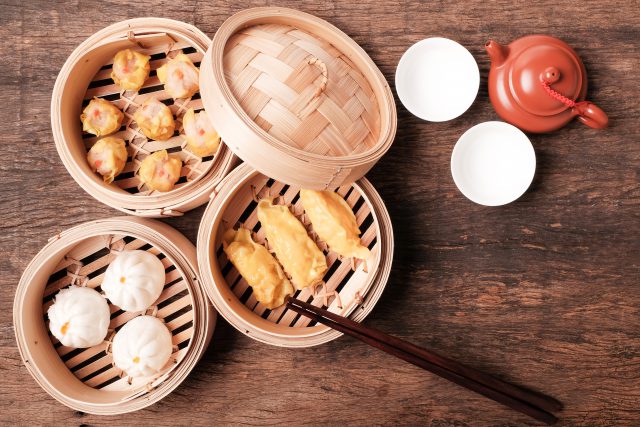 This is perhaps the cuisine that is most familiar in the West. Also known as Yue cuisine, Cantonese cuisine hails from the region of Guangdong in Southeastern China, formerly known as the Canton province.

Since the Han and Wei Dynasties (206 BC – 265 AD), Guangzhou has been a major port city in southern China. It is situated in the subtropics, bordering on the South China Sea. The rainfall is abundant, the area is rich in produce, fresh seafood and delicacies abound year-round, and different fruits and vegetables are always in season.

Cantonese chefs are known for customizing food based on the patron’s likes and dislikes and making adjustments according to seasonal and climatic changes. This is a major reason why Cantonese food was able to flourish in the West. 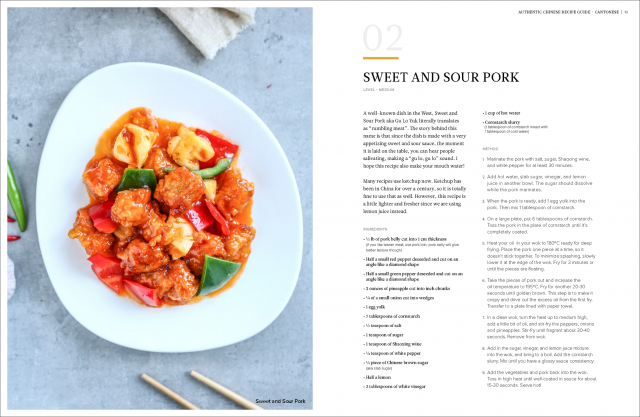 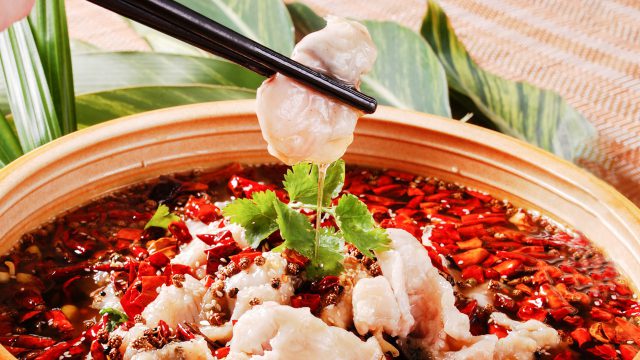 Most people think of hot, numbing chili peppers when they think of Sichuan cuisine. But it wasn’t always spicy. The addition of chilies came later to the cuisine and the distinct spiciness of the cuisine has evolved over time.

Originating from Sichuan province in southwestern China, the Chinese often describe this cuisine as “100 dishes, 100 flavours.” Sichuan cuisine is actually one of the most complex in terms of flavors. It pays particular attention to “balancing the flavors,” and regards flavor as its foundation. The six basic flavors are tingly spicy, hot spicy, sweet, salty, sour, and bitter. More flavors are produced through the combination of two or more of the basic flavors. Sichuan cuisine has 24 flavors, the most among all the Chinese cuisines. They can be categorized into three types: 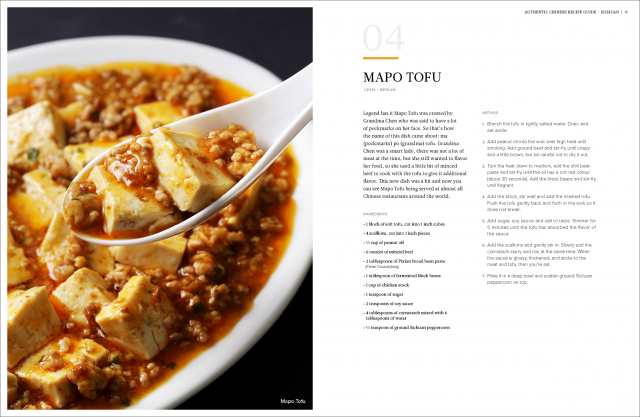 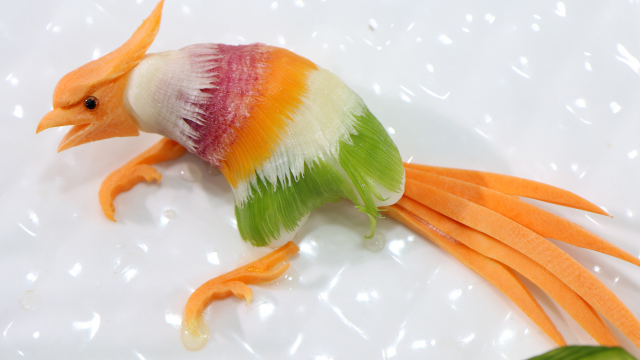 Known as the cuisine of artists and poets, Huaiyang is also said to be the food of intellectuals. This particular cuisine is less known in North America and not as easily transported from China as Cantonese and Sichuan cuisines. Huaiyang chefs require a considerable amount of skill, and the cooking techniques also demand time and patience. It is said that to be a Huaiyang chef, you need the heart of a poet. Many Huaiyang dishes are extremely intricate in their visual presentation, not to mention their chefs dedicate poems to them.

Emerging in the early Qin Dynasty (221-207 B.C.), Huaiyang gained national fame during the Sui Dynasty (581-617 A.D.) and the Tang Dynasty (618-907 A.D.). The cuisine is rooted in the native cooking styles from the lower regions surrounding the Huai and Yangtze Rivers (hence the name) and centers around the cities of Yangzhou and Huai’an in Jiangsu province. Huaiyang cuisine also had a profound impact on the culinary culture in Suzhou, Zhejiang, Anhui and Shanghai, all of which quickly took on their own characteristics.

Huaiyang cuisine originated from the old Yangzhou. During the Tang Dynasty, Yangzhou was the second largest city in China, after Chang’an. It is known for its year-round fresh produce. Therefore, materials used in Huaiyang cuisine are primarily seasonal fresh ingredients. The Huaiyang style of cooking places a great deal of emphasis on material selection and uses more sugar than other Chinese cuisines. It is known for its meticulous preparation process and fine balance between rich flavors and pure taste. Huaiyang cuisine emphasizes preserving the original flavors of the produce and specializes in braising, stewing, roasting and boiling, as these methods are best at bringing out the original flavor of the ingredients. It combines the fresh, crispy, and tender qualities of southern cuisine with the savor, color, and richness of northern cuisine, so it is well-liked by both northerners and southerners. 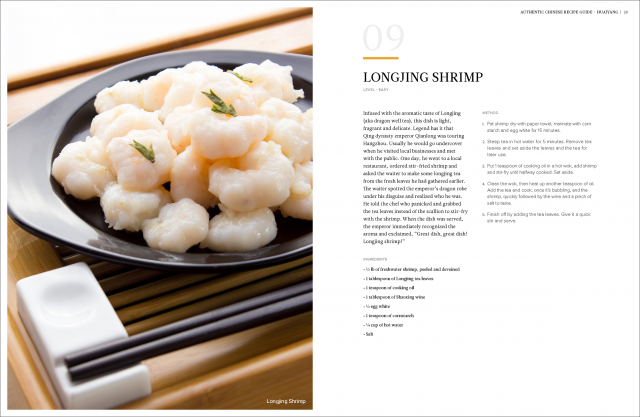 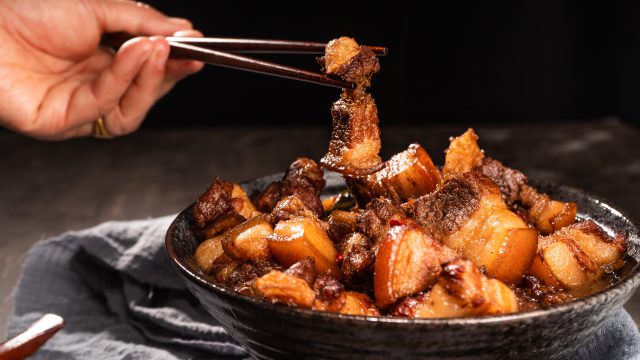 The cuisine of Northeastern China encompasses the cuisines of Jilin, Liaoning and Heilongjiang provinces. It originates in the Jin Dynasty during the early 12th century. Due to the cold weather in the region, people became accustomed to eating very hot food, so cooking techniques such as casserole, hot-pot, and roasting were developed.

Northeastern cuisine relies heavily on preserved foods and hearty fare, due to the short growing season and harsh winters. The cuisine is also said to be influenced by neighboring countries such as Russia, Korea, and Mongolia.

In the 1930s, the last emperor, Fuyi, established the Manchurian Imperial court in Changchun, the political center of the time. Other than the imperial chefs from the Forbidden City in Beijing, many celebrated chefs from Shandong went to work in the imperial kitchen of Changchun. They combined the Shandong and imperial cuisines with the local Jilin folk cuisine and developed today’s Northeastern Chinese cuisine.

Northeastern cuisine utilizes the native crops of its mountainous land to its advantage, and is famed for its wild game dishes. Knife skills, shovel skills, command of fire and fire temperature are important in the chefs’ training. Cooking techniques make use of quick stir-fry over high heat, stir-fry over low heat, stewing, barbecuing, glazing and so on. Its dishes are tender but not rare, well-done but not tough. Northeastern cuisine is rich in flavors and its dishes are sumptuous and substantial. 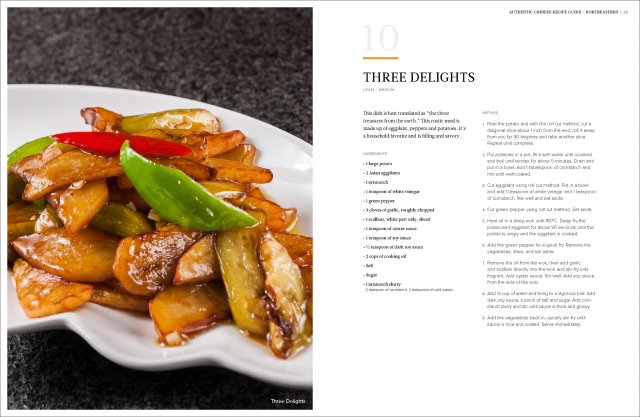 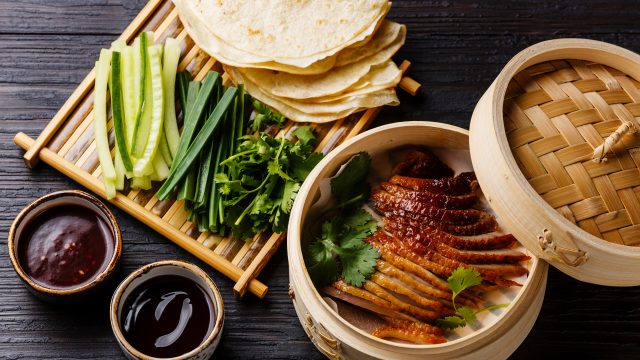 Shandong or Lu cuisine is known as the cuisine of Confucius himself. It is one of the most influential schools of Chinese cuisine, with the majority of the culinary styles in China having developed from it. Modern cuisines in Northern China – from Beijing, Tianjin and the northeastern regions – all have roots in Shandong cuisine. Shandong was an early cultural center and one of the first civilized regions of China.

Shandong is situated on the Shandong Peninsula. It has a long coastline along the Yellow Sea and the Bo Sea, as well as rich inland plains. It has four very distinctive seasons. Seafood, freshwater produce, grains, poultry, fruits, vegetables, wild birds, and animals are abundant. All these provide an excellent material foundation for the variety of food and cooking techniques in this region.

Soup is a well-known part of Shandong cuisine, and features a clear “consommé,” and a thick, creamy variety. Soup is a very important flavor enhancer for Chinese chefs. It has been touted, “A chef’s soup is like an opera singer’s singing style.”

Known for its salty, savory flavors as well as tender and crispy textures, Shandong cuisine has the most variety when it comes to types of food and cooking methods. 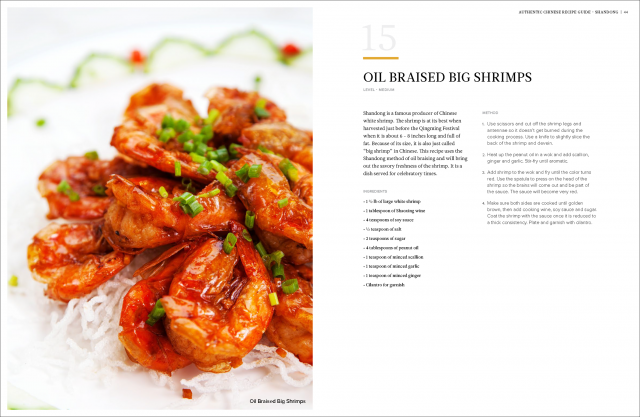